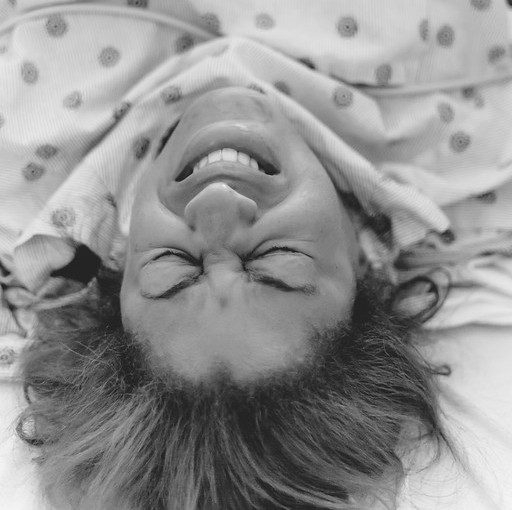 Sometimes when people hear that I am a clinical hypnotist specializing in women’s health, they will physically take a step back from me as if the next words out my mouth will render them helpless to my whims. It’s a bit sad to me that many people are frightened of HypnoBirthing and hypnosis. There are numerous misconceptions, myths, and untruths surrounding “it” and birth.And then there is the myth; Childbirth is always painful, is just not true.

Trust me, if that were possible, my children would automatically keep their rooms immaculate, wash the dishes, and clean the toilet. Yet, rarely do I ever find someone having the same reaction to television, which is the biggest hypnotist out there. When your preschooler informs you need to buy a particular brand of razor because it will make your legs smooth, beautiful and free from cuts , that there my friends , is straight up suggestion. Advertisers play on our emotions and tap into our hopes, fears, and dreams in order to sell us cars, convince us we can slow the aging process, and inform us that we are now at that age we should discuss taking a certain medication with our physician. The list goes on and on. Advertisers and the media understand that when something is vividly imagined with a lot of emotion surrounding it ( Will I be accepted? Will I look desirable to the opposite sex? Am I vulnerable to that condition?), that our subconscious mind has the same physiological and hormonal response as if this exact situation is actually happening to us. This is simple to do with powerful images, persuasive scripting or voice over and dramatic music; and we respond accordingly.

Through movies, television shows, social media, and advertising, we are bombarded with messages about how we should look, what we should wear, what we should be eating or not eating, what is acceptable behavior, and how safe the world is around us. Media exposes us to life situations we may have not encountered yet, models how others respond to the world around us, and forces us to constantly compare ourselves to others. These values and beliefs shape and shift through the years, and are colored by the person or entity presenting them. (Simply watching movies and television shows from previous decades illustrates this.) All of this powerfully influences the beliefs about our selves, our capabilities, self image, and worthiness.

Media further shapes our beliefs about our ability to conceive, what pregnancy entails, what giving birth will be like, and what the expectations are for us a mother, as a father. All of the messages are powerful; and some are beneficial, while the majority are down right detrimental. There are the obvious movies and television shows depicting a birthing woman screaming throughout labor and birth as her husband or partner fumbles runs around helpless and feeling inept. The documentary style birth shows typically have dramatic music and a scripted narrative. Such narrative can include:

“Will this normally cool, collected mother be able to keep it together? The story of a painful delivery.”
“The pain is really insane.”
“The pain is really unbearable at this point.”
A beautiful, unmedicated, natural hospital birth is turned into what the narrators would lead you to believe was an act absolute torture. The narrative completely overlooks the fact that after her baby daughter is placed on her belly, the mother exclaims, “I am feeling absolute bliss!”

While many people may think that is just the media wanting to sell their programs through drama and fear, that fact isn’t typically foremost in a pregnant woman’s mind as she watches these shows looking for guidance and education. Most importantly, we are in a relaxed state of everyday hypnosis while engrossed in a television show. All of the sounds, images, and opinions manipulated by negative, fearful narratives are embedded directly into the subconscious mind.

The advertising media even influences our doctors and caregivers regarding the safety and efficacy medications and products. Smoking cigarettes was once touted to women as a way to stay slim. Smoking was recommended during pregnancy to stay relaxed and calm, and ensure a smaller baby and a smooth delivery. (My own mother was told by her physician to start smoking again during her pregnancy with me because she was gaining too much weight in her pregnancy. She gained 21 pounds total.) Ads further sold the calming and relaxing benefits of smoking cigarettes to mothers as a way to prevent losing your patience or snapping at your child. In the 1950s, marketers sold the wonders of DES (diethylstilbestrol), a drug used from 1938 to 1971 that claimed to prevent abortion, miscarriage, and premature labor. The ads featured photos of alleged chubby, healthy DES babies. Pharmaceutical sales representatives urged doctors to use DES for irregular periods, painful periods, morning sickness, and high risk pregnancies. It became common to use it in all pregnancies and was even placed in some prenatal vitamins. Even though DES was banned from use in poultry in 1959 and solid evidence proved that the drug was not effective, it continued to be given to pregnant women for years after. Tragically, DES is linked to a rare and deadly form of vaginal cancer, malformed female reproductive organs, and infertility in the daughters and sons whose mothers were given the medication. Around this same time formula was touted as superior to breastmilk, and it has taken a lot of strong campaigning to once again normalize breastfeeding. Formula reps are still heavily pressured to get their brand of formula into the hospitals, doctor’s offices and, ultimately, into a new mother’s hands. Reps are often told to encourage the hospital staff to help the poor, exhausted mothers rest by giving the baby a bottle feeding.

Just like formula feeding, epidurals are now a cultural norm. Both have their place and can be a godsend for the mother that needs them. However, the issue is that instead of what is physiologically normal being our cultural norm, what is common becomes the norm at the expense of mothers and babies. Women are now often shamed and ridiculed for wanting an unmedicated birth. Sadly, when women share with their physician that they would like to give birth naturally, she is often told, “Well, you can try to give birth without an epidural, but I don’t think you will be able to do it.” This is known as a prestige suggestion in hypnosis, and it can completely undermine a woman’s belief in herself.

The subconscious mind is our protector. Its role is to keep us safe, to help us feel loved and accepted. When a woman’s subconscious is programmed with negative beliefs about pregnancy and childbirth, it causes her to doubt herself, her body, and her ability to give birth to and mother her child. If it is her first pregnancy, her subconscious does not have any previous personal experience to refer to so it references what she has been told by others or watched on television or in movies. If everything her subconscious is programmed with is scary and disempowering, she will go into fright or flight in order to protect herself and her baby. This makes for stressful pregnancy and more painful, frightening birth experience for them both. The beauty of HypnoBirthing is the ability to ‘de-hypnotize’ these negative messages and beliefs that are constantly coming at pregnant mothers in all different directions from the media, caregivers, friends, family, and even strangers. We help mothers to discover her own inner wisdom and define her own beliefs about pregnancy, birth, and motherhood.

Michelle Smith, CHt has been a pioneer in bringing HypnoBirthing® and HypnoBirthing® Fertility to the Orlando and Kissimmee-St.Cloud Florida area, and has been facilitating classes since early 2003. She was one of the first in the nation to certify as a Hypnobabies Instructor (number 012) and has studied multiple birth/fertility hypnosis programs. Michelle has maintained a practice in the field of hypnosis and regression therapy for over a decade, and she provides you the confidence of working with a seasoned practitioner who has facilitated hundreds of classes and hypnosis sessions, as well as the experience inherent in attending over 500 births as a midwifery birth assistant and doula. You can reach Michelle at hypnodoula@aol.com