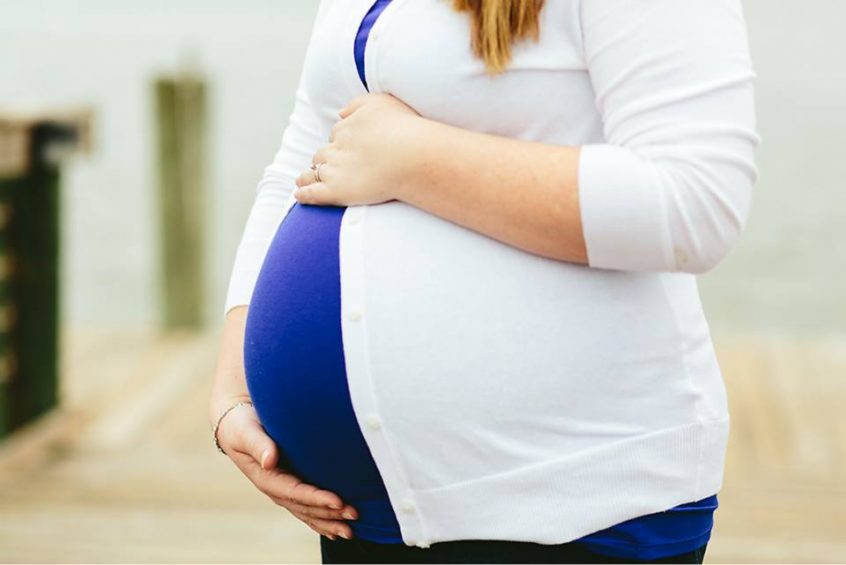 I found out I was pregnant about three months after suffering the loss of my first pregnancy. I was anxious and scared but welcomed the morning sickness. Everyone told me that morning sickness was a good sign that my pregnancy was progressing along. According to that sign, it was progressing but the further along we got, the worse I became. The realization came when I drank about 2 ounces of blue gatorade and close to 20 mins later I was begging for the car to be pulled over so that I could vomit at the gas station. It got to where even water wouldn’t stay down. This prompted a visit to my midwife, who kindly explained that some women suffer from Hyperemesis Gravidarum and some to the extreme of needing to be hospitalized.

Hyperemesis gravidarum (HG) is a rare disorder characterized by severe and persistent nausea and vomiting during pregnancy that may necessitate hospitalization, as described by the National Organization for Rare Disorders. According to the HER Foundation, HG is the leading cause of hospitalization in early pregnancy, and is second only to preterm labor as the most common overall cause of hospitalization during pregnancy. I was excited to have a diagnoses because in my mind at that point, it could be treated. I could not have been more wrong. HG is rare and there is not enough research to know or understand where it comes from or why it happens. The way it affects each woman and each pregnancy varies.

Not Your Typical Morning Sickness

HG is not the typical morning sickness that you often hear about associated with pregnancy. HG is much more severe, at times causing hospitalization and even loss of pregnancy. As a two-time HG survivor, I would describe it as morning sickness on steroids.  I, fortunately, never experienced being hospitalized for a period of time during either of my pregnancies. But did end up in the emergency room countless times needing IV fluids due to dehydration. The nausea and vomiting were so bad that it caused petechia around my eyes and often my throat would bleed.  Weight loss to the tune of 40 pounds average during both pregnancies was overwhelming, especially when I should have been gaining weight.

It’s Not in Your Head

So many times I was told, “Try some ginger.” “Use SeaBands, they worked for me!” “Eat some saltines.” I wanted to scream in response. I was already being treated with anti-nausea meds that they use to treat cancer patients, and it only slightly helped. The comments became unrelenting. “Oh I have morning sickness too.” “I had it so bad for a couple weeks. Yours will go away soon.” Mine did not go away, either time, until I gave birth.   I can remember thinking at one time, “Why am I even pregnant? This is utter hell.” Immediately guilt set in. This is when I began to search for more information on HG. The HER Foundation also says that nearly 20% of HG pregnancies are lost to therapeutic terminations, citing “no hope for relief.” This is heartbreaking and yet dare I say, I understand where these mommas come from. HG is relentless. It is 24/7 nausea so bad that it is difficult to move from the bed. Walking to the bathroom feels like a marathon, imagine caring for a family or working a job.

Even Royalty Can Suffer

Over the years, more awareness has come regarding HG.  Her Royal Highness The Duchess of Cambridge Kate Middleton suffered HG with both pregnancies. Today is HG Awareness day and in honor of all the women and babies that have survived, I will leave you with this. If you know someone suffering with HG the best thing you can do is be there. Whatever you do, do not tell her;

1.“It must be in your head.” – I can promise you it is not. The suffering would be over if it was as simple as changing a thought.

2.“It will be over soon” – Delivery might be two days away but it will still feel like I lifetime.

3. “Eat some ginger.” – Ginger most likely will do nothing to stop the  vomiting.

What a mommy who has HG needs more than anything is support.  Send encouraging notes, donate towards research, offer to lean her home, watch her kids, cook her family dinner, and most of all love on her. When she finally  makes it full term and gives birth, celebrate! Bring her the food that she has missed out on for the last 9 months. And remember that post traumatic stress after HG is a real thing. BE kind and most of all, simply walk alongside her and support her.

Kara Bradley is a mother of 2 young boys who while pregnant lost on average 40 pounds due to HG in pregnancy.  She is a writer, teacher, and a Certified Perinatal Educator.